Sometimes we all need to be reminded to play and how being  passionate about life opens amazing doors and opportunities. Returning from Gallery 314 Church st after dropping off my artworks, I went via my favourite book exchange cafe in Swan St Richmond. A coffee and a good book in the quiet corner couch up the back was exactly what I needed. As I fondly looked over the array of books I ended up picking up a new boom which was a biography of a favourite mentor artist in Melbourne. I have a few fond scattered memories of her.

Mirka Mora, despite her small stature had always had a powerful presence. I remember the first time I saw her. She was perched in a glass box on. Scaffold in Swanston st, working on her Flinders St Station Mosaic. Amazing mythical creatures and angelic figures danced a across the expanse of wall, bringing it to life. It was a very different view of the world but one I loved and was definitely drawn to.

Years later I was lucky enough to go to a plaster doll making course that she was taking at the CAE. We were waiting in the specified room when she entered with her big smile and sparkling eyes, explaining that she had just come from the airport. She had flown in from a trip to Europe. When you are that passionate, life just flows from one event to the next. Of course it was an amazing course and I still remember the unique techniques she taught. Designing the movements  of the doll creations by drawing the animals and people and then breaking them up into segments by drawing a line across the joint areas. We then were asked to cut them out and put them back together in a way that created movement. A bit like a jointed cardboard puppet moves.  In this case we could use and combine people and animals and create our own possible dolls. It was a way of playing and breaking out of the real world into a different sort of fantasy world that Mirka was inviting us  into.  We then cut out our dolls out of cloth and sewed the seams to make a type of cloth doll  bag. We tied the cloth bag to the legs of upturned stools so they acted as a container. We poured plaster into our dolls, making sure it reached all the corners and all air bubbles were removed .by jiggling the edges. When dry, we got to paint them. Of course this was so long ago but the memory of the 2 days is so vivid. 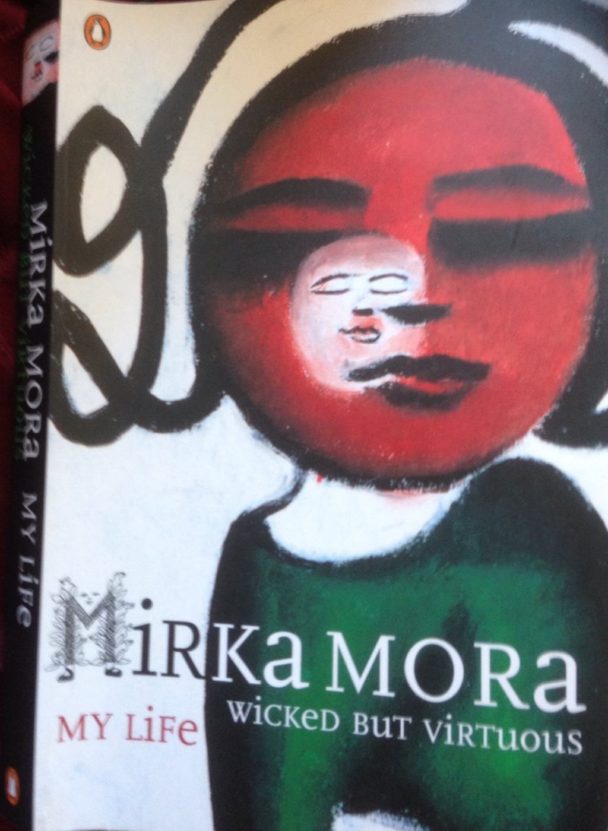 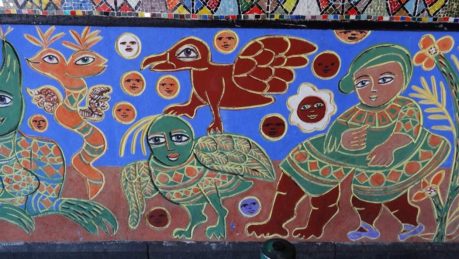 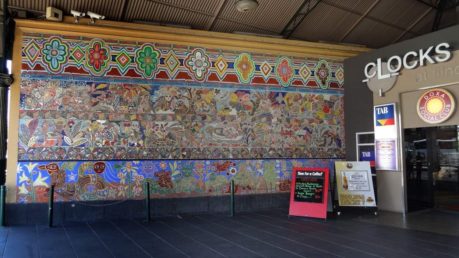 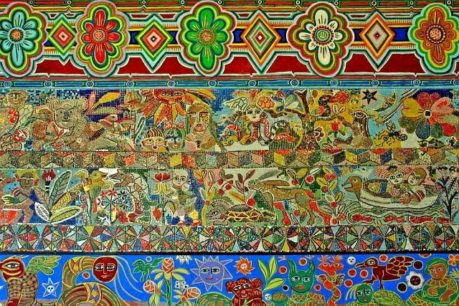 Looking a bit closer at the creations. 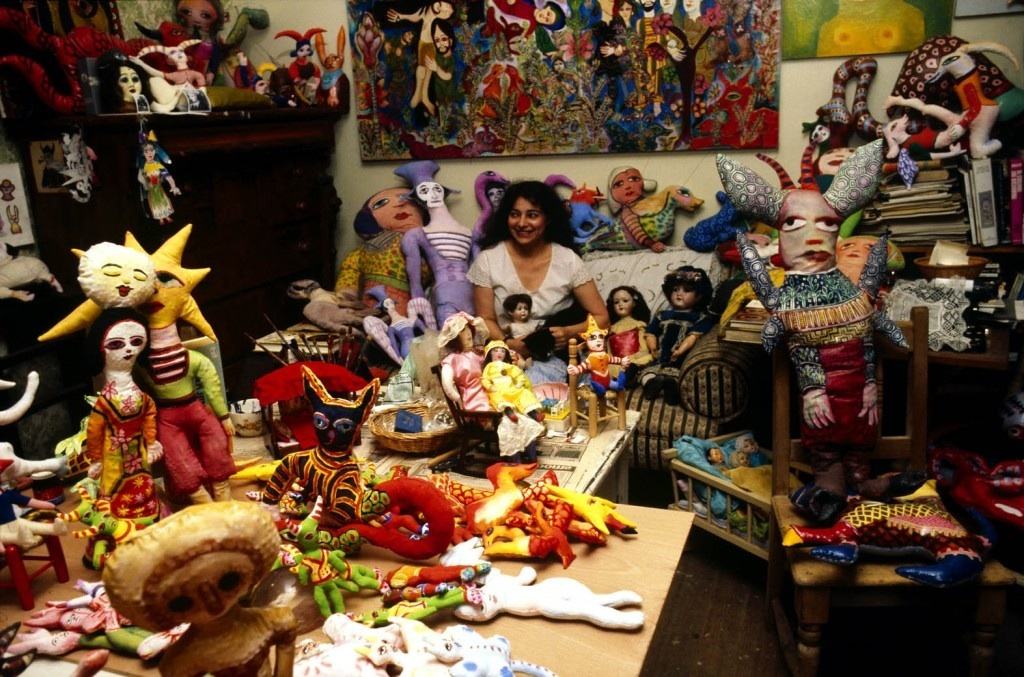 Surrounded by her dolls

remembered me. With all the people she met and taught, I felt that this said something about her warmth of character and I was a little flattered that she remembered.

That was the last time I saw her but her presence was definitely everywhere around Melbourne Murals scattered in cafés and small reminders of how prolific and active she is as an artist are inspiring.

My other memory of Mirka is more about place than her. I worked a beautiful old church in Richmond as a community worker for a year after college and remembered the church hall being sold. I remembered it as a standard church hall, nothing special on the inside except for the beautiful bluestone and the high ceilings of this older  architecture .  A friend had invited me to a medieval fundraiser and I t was to be help in this old hall that Mirka had generously loned them for the night.it was an amazing night and I remember the large doll figurines in the area that would have been the stage. It was still a big open space but it had a large kitchen down one end. I wondered what it would be like when Mirka was there.

That is as far as my Mirka memories go but I do hope for another.

I am enjoying the book and am amazed at how fate can step in so often to be the difference between life and death. We are lucky Mirka ever made it to her Melbourne but then you will have to read it for yourself. I highly recommend it.

A nice surprise for me among the pages was the discussion of the Contemporary Artists Society  (CAS). I had some vague understanding of the links to the Angry Penguins and that time in art history but did not realise the integral involvement Mirka had with CAS in the early days of its formation. A nice addition to my understandings.

I know this has been a bit of a trip through my memories but I hope it inspires you to read the book ‘Mirka Mora, my life, wicked but virtuous.’ An insight into a bohemian artist lifestyle in Melbourne and a book which I am certain will become a film and I am only up to chapter 3.

Every city has great artists; we just have to find them and love them at our own peril, if we dare, for they must go, leaving behind our youth and memories that daydreamings are made of. They are ‘etoiles filantes in the sky, shooting stars on hot summer nights.’