Creating beyond the edges 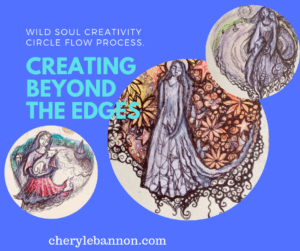 Art has a way of redirecting us when we listen and act on our inner guidance. Sometimes an accident can be exactly what you needed to spark the next idea. it feels like the art process has a way of shifting our perspective or stepping using new spaces when we are willing to play rather than be in a space of frustration when something appears to have gone wrong.

Often these unexpected openings are the new direction that you needed and it is the shift into a new action that takes you into the next chapter of the story.

Small accidents can prompt beautiful spaces of possibilities. Are you willing to play and allow this beautiful art process to shift you? She is still becoming herself and shifting along the way. The joy in art is that there is always a possibility of something new that surprises you in this space of playful exploration. 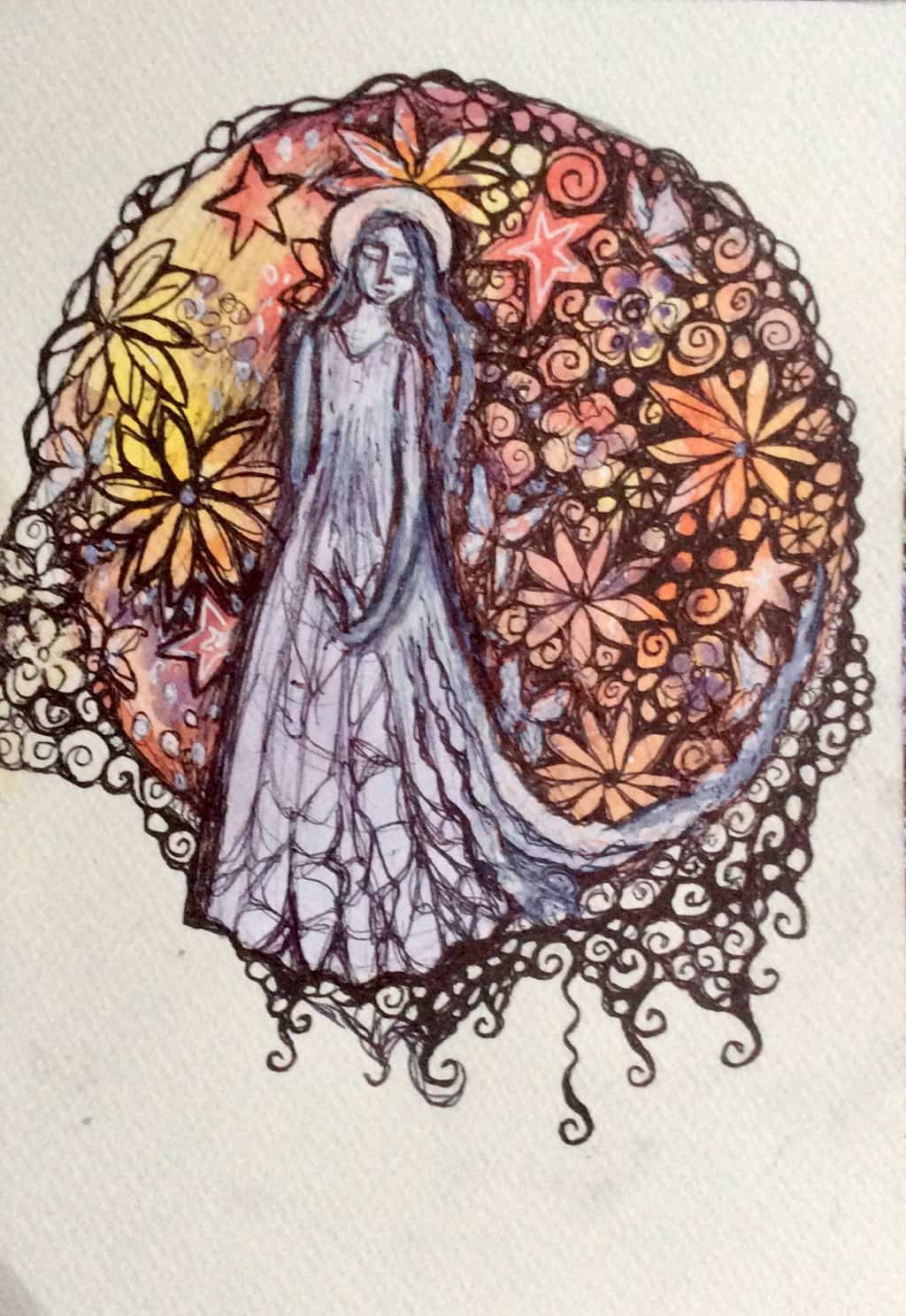 And she became something new…

Sometimes an art piece feels complete and other times it asks for something more. Sometimes the something more… is a happy accident. These flow circles were begun as joyful play. I was adding contrast with a black pen as I sat with a group of creatives at a local creators group. The circle I was working on already had a woman that extended beyond the circle. I got distracted and spilt a little bit of coffee on the edge of the piece. I made a quick decision as I wiped the stain away and add flowers to the edge of the page. I liked it but now know I needed more areas extended to balance the piece and the image began to grow. As I worked I smiled to myself in satisfaction as this was exactly what the piece needed. It’s not done yet. I can see on beautiful blues on the dress and butterflies adding contrast and colour pops. That is the next step though and once I had started extending images I noticed others that I wanted to extend. Of course, some flow circle pieces were meant to stay within the circle but others joyfully grew as the images and their stories grew. And I continued to play… 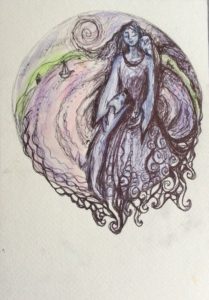 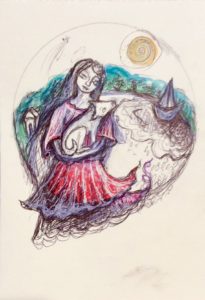 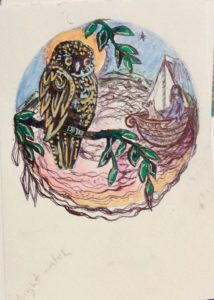 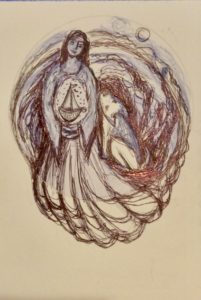 I realised that this was like my preference for letting the image extend around the edges of a canvas, rather than being confined by a border. The story doesn’t stop at the predefined edge but continues as we let our imagination play and the story guide us.

None of the pieces above is finished yet but each has grown into something new as I added the playful, swirls and lines. See where this new adventure takes you and have fun as you explore the play of line and contrast as the image transforms into something new.

Within your own space to create, you could begin to play with this idea of creating beyond the edges. Small pieces like this can be done anywhere and are easy to carry with you. You can even draw mini flow circles on the corners of your diary. It is not the size of the piece but the joy in the mindful play as you step into the details. I call these flow circles which began as small flowing images within sacred circles. You can own create your own flow circle drawings by tracing around a plate and playing within it. It may be simple patterns that randomly within and around the circle. I love this creative dance. Then as you playfully add your images and patterns, allow the lines to dance around the edges of the piece and extend the circle in new and playful ways. This is not a traditional mandala space but a beautiful round container waiting to be filled with your inspiration. The act of beginning with a container such as a circle creates the space to begin and the dancing of images and lines creates freedom as you break the circle and discover something new.